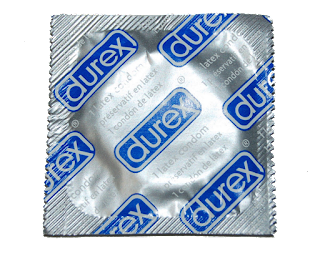 After decades of fierce opposition to the use of all contraception, the pontiff will end the Catholic Church's absolute ban on the use of condoms.

He will say that it is acceptable to use a prophylactic when the sole intention is to "reduce the risk of infection" from Aids.

Asked whether "the Catholic Church is not fundamentally against the use of condoms," he replies: "It of course does not see it as a real and moral solution.

This is a step in the right direction. Agreed. Perhaps, when the word gets out, this can finally stem the HIV epidemic in Africa.

But. This seems to simply be, yet again, an example of secular societal pressure dragging religion kicking and screaming away from their wholehearted embrace of dangerous dogma.

And the cynic in me can't help but think that perhaps the pontiff is throwing us a bone (as it were) to distract us from the other horrific things with which he's been involved. I'm happy about this decision—I'm ecstatic that lives will be saved!—but Ratzinger still doesn't get a pass on covering up child-rape.

Jeff Olsson, President of the Humanist Association of Manitoba, was just five minutes ago on Winnipeg radio station CJOB discussing this very issue. Two very misinformed callers just brought up the "fact" that HIV travels through the pores in latex condoms. Even after the Ratzinger flip-flops on condoms, the organised Catholic campaign of misinformation is still doing damage.

Tip o' the... you know... to Jen McCreight at Blag Hag and Jeffrey Olsson at HAM.
Posted at 23:11
Email ThisBlogThis!Share to TwitterShare to FacebookShare to Pinterest