So, as you may have heard, Steve Jobs is dead. I was slightly disappointed to hear that, because I did see him as somewhat innovative. I wasn't surprised, however; we knew it was coming. I was annoyed when the kooks started crowing that he was another casualty of science-based medicine (further discussion here), but this, too, was not unexpected. 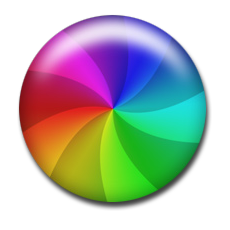 I have a MacBook Air running OSX Lion, and I love it. But I also have a desktop that dual boots to Ubuntu 11.04 and Windows 7. And that giant, glowing Apple logo on the back on my MacBook annoys the hell out of me, because of the way it seems to be taken as a status symbol and a fashion statement.

I own an iPhone 3G, and I got up at 05:00 yesterday to preorder the new iPhone 4S. But I jailbreak my iPhones, because although I like the hardware and the OS I'm not willing to let Apple dictate how I use my own property. And I don't intend to stop jailbreaking, even when Bill C-32 makes it illegal to do so this winter.

So that's where I'm coming from when it comes to Apple: I like many Apple products, but I don't much care for Apple as a company. That's probably why I was so intrigued by Adam Cadre's comments about Apple and about Steve Jobs. They differed widely from the run-of-the-mill eulogising that I've seen on the Internet for the last few days.

People always used to complain about Microsoft's monopolistic practices, but Apple, I discovered, was far worse. I use a Microsoft operating system on a Dell computer which is hooked up to a Unicomp keyboard and a Logitech trackball and from which I use a Mozilla browser to go to Amazon and buy music which I transfer to a Shenzhen Zhanyue MP3 player. Apple wants me to use an Apple operating system on an Apple computer which is hooked up to an Apple keyboard and an Apple mouse in order to use an Apple browser to go to an Apple store and buy music to transfer to an Apple MP3 player. And it will use any of those entry points to try to strongarm people into signing up for the whole package. Now, you might say, what's wrong with that? That's capitalism! To which I would reply, exactly. Apple exemplifies the fact that underlying capitalism is the philosophy of the cancer cell.

The second thing that turned me against Apple was its dealing with Apple Corps, the media company founded by the Beatles in 1968 — eight years and three months before Apple Computer. In 1978, Apple Corps filed a trademark infringement suit against Apple Computer, which settled up by paying Apple Corps $80,000 and promising not to enter the music business. Apple Computer then went right ahead and entered the music business — became the world's leading music company, in fact. And, yes, further settlements were reached that made this retroactively agreed to. But, well, you've heard the saying that "it's better to ask forgiveness than to ask permission"? You know who says that? Assholes say that. If you've made a promise not to enter the music business, and you then plunge into the music business on the theory that with the money you generate you can pay off the people you've wronged, you're acting like an asshole. And you can say, hey, that's capitalism... to which I would reply, exactly. Apple exemplifies the fact that capitalism rewards those with the fewest scruples.


Seriously, read the whole thing. It's worth it.
Posted at 13:18
Email ThisBlogThis!Share to TwitterShare to FacebookShare to Pinterest