Some pseudoscience, from my recent trip south to The Mall of America. First we have something old: 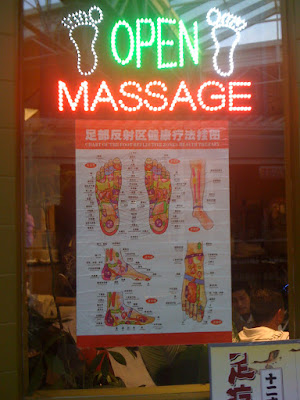 Plain, old foot reflexology. Classic pseudoscience. Sigh. That sure brings me back...

Well, that's certainly neither new nor interesting. Let's move along... 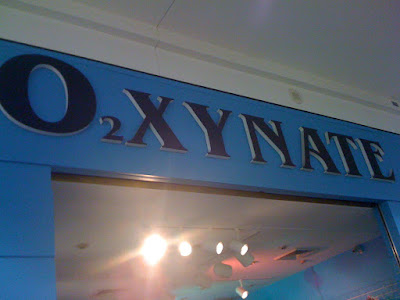 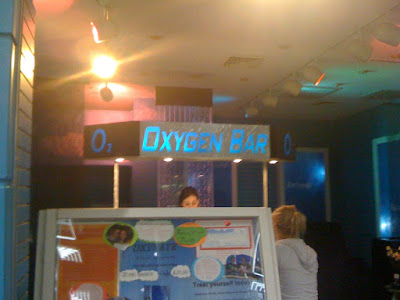 An... oxygen bar? Even the teetotaler in me can't appreciate that. It's too patently stupid. Claims include removal of stress and tension, reduction of allergy symptoms, headache relief, toxin removal, and a "boosted" immune system (if these last two aren't red flags, then there may be no hope for you). In other words, a bevy of subjective symptoms prone to placebo effects and several types of self-report and confirmation bias, and a couple of meaningless alt-med buzzwords for good measure.

Apparently I'm not the only Canadian with less-than-flattering things to say about oxygen bars. According to the Canadian Society of Respiratory Therapists, as quoted on WebMD:

As health professionals, we cannot ethically or morally support providing oxygen therapy to those who do not require it.

Judging from WebMD, as well as several sources quoted by Wikipedia, we seem to have:
Well, sign me up!


As always, I welcome any comments—especially critical ones.

Posted at 00:13
Email ThisBlogThis!Share to TwitterShare to FacebookShare to Pinterest