Dr. W. Gifford-Jones, a prolific syndicated pseudonymous newspaper columnist, has written yet another article on the purported dangers of "radiation" from electronic devices. Well known to Canadian skeptics for advocating placebo cures, blaming "dirty electricity" for a host of common ailments, and promoting accusations that Health Canada is "terrorizing" the proprietors of health food stores, his most recent piece cautions readers to limit their cell phone use or risk cancer. 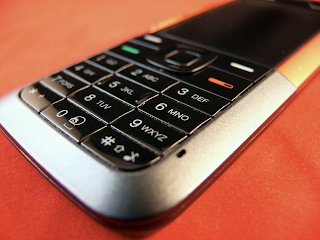 The article was published under a host of fear-mongering headlines, including "Are cellphones really dangerous?" and "Could smartphones be slowly killing us?", bringing Betteridge's Law of Headlines quickly to mind: if a headline is in the form of a question, the answer is probably "no". Gifford-Jones makes his opinion known in his typical style: heavy on anecdotes, light on evidence, and simply recycling much of its material directly from past articles he's written*.

He begins by relating the story of a young woman who had the habit of carrying her mobile phone in her bra. According to Gifford-Jones, when she was diagnosed with breast cancer, "what shocked doctors was that the pattern of the cancer lined up precisely with the shape of the cellphone." Gifford-Jones uses this story as a potent rhetorical device, and while he notes that it doesn't constitute "proof", the reader is left with the clear implication that radiation from the mobile phone is responsible for the cancer.

Usually I'd begin with an admonition about the plural of anecdote, but here we're not even provided with more than one. We should also be wary of confirmation bias: it's helpful to remember that one in nine women will be diagnosed with breast cancer, and given the dearth of functional pockets in women's clothing, it would be surprising if none of them had the habit of carrying their phone in their bra. Dr. David Gorski (a practicing oncologist who writes for Science-Based Medicine) also notes that in this particular case, it isn't at all strange that the cancer was just where the woman had a habit of keeping her phone, because she happened to keep her phone right where breast cancers are most common (I recommend reading Dr. Gorski's discussion of the case over at SBM). Finally, I'd suggest that perhaps people often see what they expect to see.

The article also cites concerns by Devra Davis, whose views have been subjected to criticism on Skeptic North in the past. When Gifford-Jones finally gets around to presenting evidence outside the realm of the anecdotal, it doesn't stand up well to close scrutiny. He claims:

In May 2010, the World Health Association released a 10-year study into cellphone use and cancer rates. WHO recognized a significant correlation between brain cancer and those who used their cellphone, wireless home phone or Wi-Fi for more than 30 minutes daily.


He seems to be referring to the Interphone study, published on 17 May 2010, but Gifford-Jones' discussion of the findings is so woefully incomplete that calling it a distortion of the facts would be charitable. First, and most obviously, the study did not recognize "a significant correlation" between cancer and those who use wireless home phones or WiFi, because the scope of the investigation was limited to mobile phones (and did not, so far as I can determine, measure exposure to WiFi or cordless home phones at all).

So what did the Interphone study find? Well, the World Health Organization (when Gifford-Jones references the "World Health Association", I assume that he is referring to the same body) provides a useful summary of the results in their mobile phone fact sheet:

The international pooled analysis of data gathered from 13 participating countries found no increased risk of glioma or meningioma with mobile phone use of more than 10 years. There are some indications of an increased risk of glioma for those who reported the highest 10% of cumulative hours of cell phone use, although there was no consistent trend of increasing risk with greater duration of use. The researchers concluded that biases and errors limit the strength of these conclusions and prevent a causal interpretation. [Emphasis added.]


So the study that Gifford-Jones cites as evidence that mobile phones cause cancer found no increased risk of brain cancer in those who have used mobile phones for the longest, found no dose-response relationship between exposure and risk of cancer, and concluded that the data do not support a causal relationship between cell phone use and cancer.

If Gifford-Jones were publicly disagreeing with the methodologies or statistical interpretation used by the IARC researchers, I'd have no problem with that—but that's not what he's doing. He's using the authority of the WHO to lend rhetorical weight to his argument while cherry-picking little snippets of their analysis out of its proper context. And, as usual, he fails to provide his readers with the name of the study he's referencing (despite the fact that the results are available online), making fact-checking that much more difficult.

At this point, proponents of a cell phone-cancer link may well point out that the International Agency for Research on Cancer has classified radiofrequency electromagnetic fields in Group 2B as a "possible carcinogen". And this is true, as far as it goes; but what this means is that the evidence is equivocal. While this does put radio waves in the same category as DDT, it also puts them in the same category as pickles, coffee, and "being a carpenter". I'll also hasten to point out that beer, wine, and other alcoholic beverages actually fall under Group 1 (that's the "definitely known to be carcinogenic" group).

It's important to remember that substances aren't categorized based on how carcinogenic the IARC thinks they are; they're divided up by how positive they are that a substance is at least a little carcinogenic. If they're quite sure that something is a little bit carcinogenic (like alcohol), it goes into Group 1. If the evidence shows that something is probably carcinogenic, it goes in Group 2A. If the evidence is rather muddled (as is the case with radiofrequency EMF), regardless of how carcinogenic the IARC thinks it might be, it goes in Group 2B. So saying that cell phones are in the same category as DDT (or carpentry) can be misleading. It has nothing to do with how dangerous they think it might be: it has to do with how sure they are that it might be somewhat dangerous (in this case, not sure at all). Several large, randomized, controlled trials have found no link between cell phone use and cancer, while others have found a small correlation. Suffice it to say, I'm far from convinced.

Gifford-Jones is also a proponent of the notion that electromagnetic radiation is responsible for a host of symptoms that are often classified as "electromagnetic hypersensitivity" (EHS). Unfortunately, a careful review of the scientific literature reveals that there is no compelling evidence that the symptoms of EHS are caused by exposure to radiation, and a significant body of evidence disputing the link. Like "wind turbine syndrome", electromagnetic hypersensitivity seems to be unrelated to its purported cause.

If you're interested in further discussion of the purported ill effects of WiFi and cell phones, I presented a talk at SkeptiCamp Winnipeg on the subject last year. I also recommend taking a look at the results of Bad Science Watch's investigation into anti-WiFi activism in Canada.

* The article even includes his usual porcupine lovemaking analogy. I don't know what it is about this comparison that he loves so much, but I find it strangely amusing that so many of his articles admonish people to "use cellphones like porcupines make love". At least this time he got the phrasing right. In the past a slightly mangled version has made it past the editors, which on a literal reading is rather unsettling: "Teach your children to use cellphones like porcupines — make love very, very carefully."
Posted at 19:00
Email ThisBlogThis!Share to TwitterShare to FacebookShare to Pinterest