What Does Creationism Say About Our Culture? 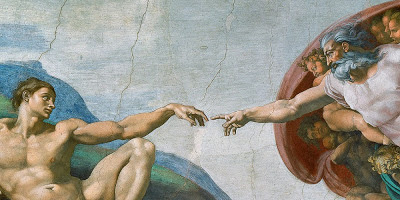 According to a 2007 Angus-Reid poll, 59% of Canadians accept evolution and common descent, while 22% are convinced that God created human beings within the last 10,000 years (with acceptance of evolution being correlated with youth and with higher levels of education, and belief in special creation being more prevalent on the prairies). While it can be tempting to dismiss those who claim that evolution is a religion or that there are no transitional fossils as backward or fringe, the truth is that the prevalence of these beliefs (even in high places) is actually an interesting phenomenon.

As any skeptic can tell you, simply correcting misinformation—supplying the relevant facts, highlighting a logical fallacy, whatever—is nearly never enough to dissuade a believer. Why? Because beliefs don't stand and fall simply on their own merits. Understanding why people believe things that are sometimes downright odd can provide us with important insight. It seems to me that this sort of context can not only tell us how we might go about winning the argument, but it can give us insight into what the argument is really about.

Look, it can be great fun playing whack-a-mole with creationist claims (I've done it many times myself)—we can say that evolution is the cornerstone of modern biological sciences until we're blue in the face—but when you get right down to it, belief in creationism seems relatively benign when compared to (for example) the conviction that lemongrass makes a good cure for pancreatic cancer. But it's important to understand that pseudoscientific beliefs do not exist in a vacuum, that they are instead part of a larger cultural context: and that context should be of great interest to skeptics.

I'm sure that many of our readers remember that in a 2009 Globe & Mail interview Gary Goodyear (our Minister of State for Science & Technology, for those of you who were about to check Wikipedia) refused to answer a question about his stance on evolution, stating "I am a Christian, and I don't think anybody asking a question about my religion is appropriate."

While many people were justifiably appalled that Canada's Minister of State for Science & Technology confused a question about his position on an important scientific issue with a question about his religion, I'm inclined to think that Goodyear may have simply been engaging in a rather artless attempt to dodge a question that he may have considered politically awkward (recognizing that his position is probably not in line with the overwhelming scientific consensus). Regardless, countless people swarmed to Goodyear's defence, with National Post columnist Jonathan Kay characterizing the Globe & Mail article as a "witch hunt".

So what does the prevalence of creationism (or at the very least, the hesitation to accept the strong scientific consensus) say about our culture?

However, there is a hidden third option: to blithely ignore the conflict. Whether it takes the form of treating science as just another social construct, no more valid than any other, or of simply denying the necessity of basing one's beliefs on evidence, this seems to be an increasingly popular tactic for coping with cognitive dissonance.

It seems that many people treat their opinions about science (or politics, for that matter) in the same way they treat their preferred sports teams. These opinions are strongly influenced by social and geographical factors, but that doesn't prevent anyone from strongly and cheerfully proclaiming the superiority of their side of the argument—and in both cases, people are unlikely to be swayed by the evidence (sorry, Maple Leafs fans).

In fact, for people who hold strong opinions on any subject, evidence that contravenes the opinion is actually likely to strengthen the opinion, rather than erode it. This phenomenon is known as the "backfire effect". A widely reported study on the subject (as it relates to factual claims in politics) was conducted by researchers at the University of Michigan and Georgia State University in 2006, and it concluded that "corrections fail to reduce misperceptions for the most committed participants. Even worse, they actually strengthen misperceptions among ideological subgroups in several cases."

No one can be completely immune to the backfire effect (or to any other cognitive bias). But if your primary conviction is to the method rather than to the conclusion, then perhaps you will be better equipped to recognise that it is your opinion that is in need of correction.

So what does creationism say about our culture? That, at the very least, we must remain vigilant.
Posted at 08:00
Email ThisBlogThis!Share to TwitterShare to FacebookShare to Pinterest