So Canada has a Federal election coming up. Again.

Canada's political climate is slightly more complex than some. The Liberals (centrist) and the Conservatives (fairly right) generally run the show, with the New Demoncratic Party (leftist) gaining limited traction in the west and the Bloc Québequois (also leftist) active in (where else?) Québec. (If you want a general idea where the parties fall on the political compass, you can check that out on Political Compass here. If you want to know where you fall with regard to those parties, visit the CBC's Vote Compass here.) 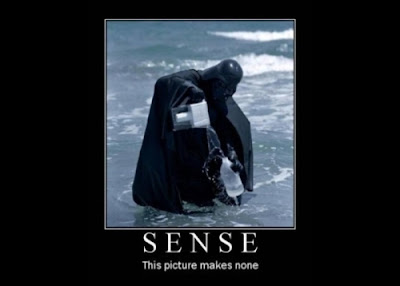 And then there's the Green Party. They currently have zero seats in parliament, but they run a candidate in every federal riding.

I don't have much of anything against the Green Party—I'm fond of nature, after all. I'm also fairly socialist (with some mild libertarian tendancies—figure that out), so that works out. The problem is, they tend to have a little trouble with the science. And hey, I'm sure that the other parties do, too. Feel free to point that out in the comments.

We will promote complimentary health care – through support of chiropractic, naturopathic, homeopathic, and other non-western practices. The Green Party of Canada recognizes the value of good health as a fundamental human right, and also the key to the most vibrant, inclusive and sustainable Canadian society possible. (Page 81)

Now, you may not agree with me about genetically engineered foodstuffs (I'll give them the benefit of the doubt and assume that's what they're talking about; even "organically" grown food is genetically modified), and that's fine. Although I think that the science is fine, there are some complex political and economic issues at play that are probably better discussed elsewhere.

But I must take issue with the Green Party's stance that they recognise "the value of
good health as a fundamental human right", while simultaneously promoting pseudoscientific codswallop in place of actual medicine. I think that the thing that annoys me most is that they lumped dietitians in there; that seems profoundly unfair to my favourite group of science-based nutrition specialists.

I wasn't planning to vote Green in any event, but I'm disappointed even so.

As I dared mention politics, please feel free to tell me why I'm wrong in the comments.


Addendum: Tim informs me that the Green Party has released their 2011 Vision Statement (which I was unable to find yesterday). It's the same nonsense as last year:

Many Canadians do not have the necessary information, the tools, or the encouragement, to lead healthier lives. ... We will promote complimentary health care – through support of chiropractic, naturopathic, homeopathic, and other non-western practices. (Page 71)


All of the things that I called out about last year's Vision Statement are still present.

Again, there are plenty of things that I like about the Green Party. I think that their drug policy is eminently reasonable (and consistent), for example. But, as the commenter below remarked, "It's shit like this, Elizabeth May. It's shit like this".


Edit (29 July 2011): It's also worth pointing out, in a nit-picky sort of way, that both vision statements indicate that they support "complimentary" health care—that is to say, free health care (and fair enough). Obviously they meant complementary health care, which is a nicer way of saying "health care that is free from the burden of plausibility and evidence".
Posted at 16:01
Email ThisBlogThis!Share to TwitterShare to FacebookShare to Pinterest